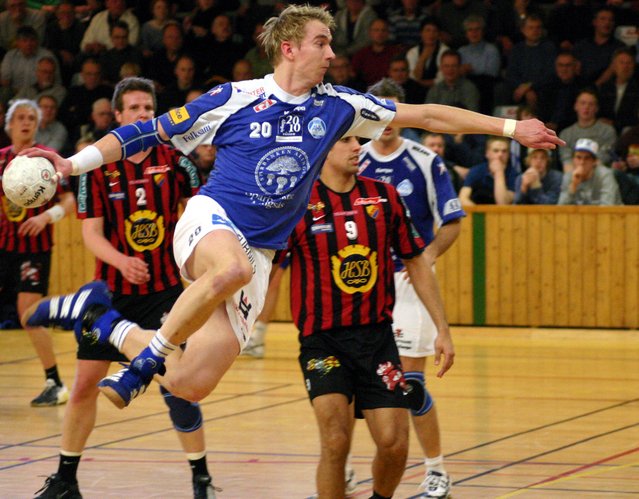 The versions of Handball played throughout history are not the same as what we recognise as the sport today. Expulsim Ludere, the sport played in Roman bath houses was exclusively for women with drawings discovered at Saqqara showing a Handball-like game being played. The rules of Handball as we know then were legitimised in 1928 with Handball making the Berlin Olympics roster in 1936.

The codified rules of Handball limit each side to 6 out-field players and 1 goalkeeper, the only player allowed inside the 6-metre line. To keep gameplay moving much like in Basketball players cannot hold the ball for more than 3 steps or 3 seconds, it must be dribbled, passed or shot at goal. There are other rules in Handball similar tot hat of Basketball such as the basis of a throw-in that the last player to touch a ball before it goes out of play gives the throw-in to the opposing team; the double dribble rules is also used to keep the game fair.

To keep gameplay civilised any behaviour like tripping, hitting and pushing will result in a foul awarding the opposing team a free-throw. Another rule to bear in mind is that out-field players are not allowed to kick the ball, only the goalkeeper and anyone else caught breaking the rule will award the ball to the opposing team.

There is a selection of bets popular with games of handball and different sites may include different bets with varying odds, the best way to learn is to experience them first-hand. Handball betting often refers to the 1X2 system when looking at the outcome of the game, who will with ‘1’ representing the home team, ‘2’ the away team and ‘X’ a draw.

A first half bet is based on who will be ahead at the end of the first half, each half in Handball last 30 minutes. An over-under bet refers to the number of points scored for each team individual or both teams combined, an example could be 30.5 in which betting over for both teams would mean a minimum of 31 points must be scored.

Handicap betting award theoretical points to a team so that for the bet to come will need to be scored, for example a +4.5 Handicap would mean the other team must win by 5 points for the bet to come out. Have a look at the bets on offer using the affiliate sites available from our sports betting page.

Many more events are available for you to place a stake on at our affiliate sites so keep an eye out for upcoming competitions.